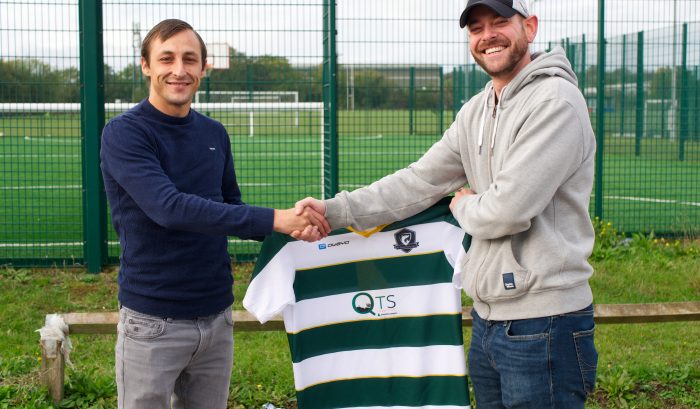 As a company, QTS believes in the promotion of a healthy lifestyle and an inclusive environment. It is no secret that active involvement in a team sport provides a multitude of health benefits, both physical and mental – which is one of the reasons why QTS have chosen to sponsor a local football team.

FC Canterbury Toon play in the Herne Bay and Whitstable Sunday league, the smaller teams which play in minor leagues often struggle to attract any investment or sponsorship and as such can find it difficult to survive over multiple seasons. QTS has stepped in to provide funding for a new set of kits and match balls for the team which has been well received.

Player/Manager – Micheal Smith said “QTS sponsorship has allowed us to continue to grow as a club, providing match quality footballs and kit has been a highlight but the funding allowing us to train over the winter is also fantastic”

Meanwhile team captain Ritchie Lowther commented “The quality of the kit is excellent, we can’t wait to get the season underway and hopefully win some silverware”

The team were playing their first home game (Aylesham) in their new kits recently against Faversham Herons FC. In a hard fought game the deciding goal was scored by Ben Rowley of FC Canterbury Toon, which gave the team their first win of the season. QTS would like to wish the team every success this season as the partnership continues.