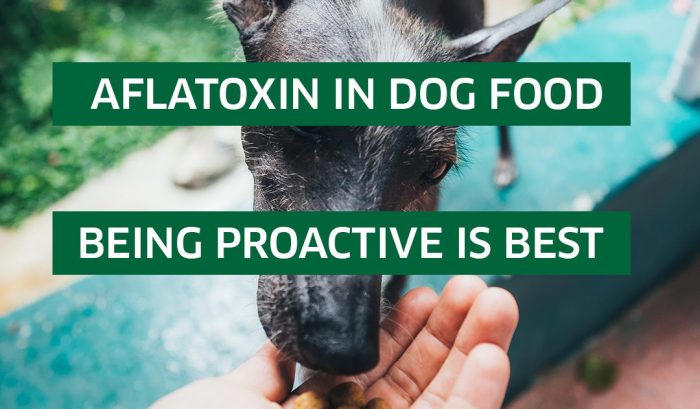 In recent news with the major recalls of many pet food brands due to concerns of potentially elevated levels of aflatoxin, it is important that pet food manufacturers stay ahead of the curve and implement a robust aflatoxin testing program. According to the FDA, no illnesses have been reported yet but aflatoxin is a major concern for all food and food-related products.

So what is aflatoxin?

What is an Aflatoxin?

Aflatoxins are toxins produced by fungus, namely Aspergillus flavus and Aspergillus parasiticus and thrive in warm and humid conditions (above 7% moisture). Damage is done mostly through their ingestion of contaminated food and plant products.

Crops such as corn, peanuts, grains, soybeans, figs, and nuts such as almonds, pecans, walnuts, etc. could contain harmful levels of Aflatoxins. Pet food products that utilize these crops as their key ingredients are often highly susceptible with corn-based products having the highest incidence of contamination. Aspergillus also produces aflatoxin in dairy products, dried spices, and cotton seeds.

Another dangerous attribute of Aflatoxin Poisoning is that the symptoms usually do not develop immediately. Research suggests that continuous consumption of 150-300 ppb (parts per billion) of Aflatoxin causes poisoning, therefore it might take some weeks to several months before symptoms occur.

Typical signs and symptoms may include having no appetite, high-grade fever, and lethargy. More severe symptoms include urine with no color, severe vomiting, bloody diarrhea, convulsions, and jaundice in humans and animals. It also causes immunosuppression and damages the liver.

Preventative measures are best to avoid any troubles.

Prevalence of Aflatoxin in Pet Food

Depending on the feeding routine you establish for your pet, they could be the most vulnerable due to the lack of variation in their diets. If the product that they consume daily is contaminated with aflatoxin, the chance of infection is just that much greater.

Although many ingredients such as meat, poultry, and grains are GRAS (Generally Recognized as Safe) pet food manufacturers must go the extra distance to ensure that their ingredients and products are in fact safe and a food safety program that included confirmatory testing is an absolute must. The FDA will not hesitate to initiate a recall action if the product is deemed unsafe for the market.

In 2005, according to an article from CBS News, contaminated dog food that was sold in 23 states killed almost two dozen dogs nationwide and sickened 18 others. The culprit was aflatoxin.

We have various laboratories in the Tentamus network that are capable of helping you stay ahead of any potential aflatoxin danger in pet food and various other types of products. Our methods range from HPLC and LC-MS/MS analysis to microbial techniques and ELISA. Feel free to reach out to us for all your aflatoxin needs.